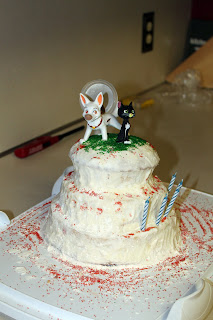 friends we've made here in Nebraska. If you know Hannah (or have read the blog regularly) you know she is absolutely obsessed with the movie Bolt. Of course this year she wanted to have a Bolt birthday party. Once again I was reminded that Bolt really wasn't as popular as some other Disney movies and I had to turn to the internet for help. Instead of doing my usual shaped cake pan for her birthday cake this year (there isn't a bolt pan unfortunately) I found some cake toppers of the 3 main animal characters from the movie. This 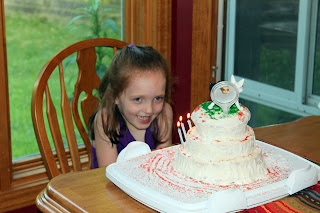 sounds like it should be an easier option than piping in the icing, but I am absolutely incapable of simply icing a cake with a knife. Still Hannah wanted a Bolt cake so by golly I was going to do it. The result was absolutely horrific, but Hannah LOVED it. She told me it was her best birthday cake ever. I may or may not post pictures of the cake given how ashamed I am to say I made it, but it sure did make my little girl happy. The party consisted of cake with our next door 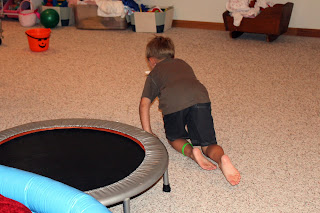 neighbors, and two of the families we have met with children Hannah's age and then the kids went down to the basement to play games. Hannah had insisted that we play some "Bolt games" so I had to think hard on that one. What I came up with was a super bark contest 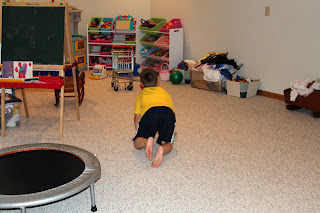 with Bolt fruit snacks for prizes. Everyone got a prize. We had the quietest bark, the most polite, the deepest, etc. Then we had the kids be dogs and run an obstacle course to rescue a stuffed animal from the movie. While the super bark contest wasn't as big of a hit as I predicted the obstacle course went over 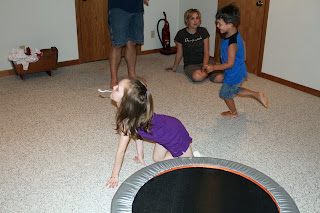 well. After the games the kids just played and the adults chatted. It was a nice laid back night. Hannah was thrilled with her party and I was so glad that she had a few little friends to share her special day with. That's one of the hazards of 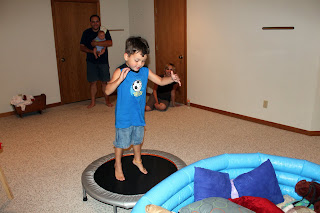 moving. You leave all your friends behind. :(

Photo Notes: I did decide to show the cake. Please don't laugh. The rest of the pictures are from the party. Hannah blowing out her candles. The obstacle course to rescue a Bolt character from the pit (AKA blow up 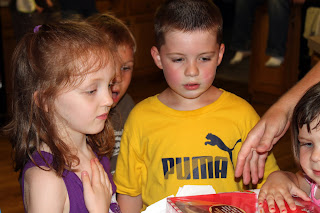 I'll tell you this--don't be ashamed of ANY cake you make. I always just order from a bakery because I am so incapable of concocting any cake. I'm not creative or talented enough. Therefore, I liked and am impressed by your Bolt cake!

While I admit the cake wasn't a thing of beauty, it made your daughter happy. You pleased the person who mattered most!

Be sure to read: cakewrecks.blogspot.com

Great cake! Ha! I'm sure it tasted great, and Hannah loved it, so no need to worry! :)

If you ever need any resources or video tips, stop by & say hello http://fb.me/rethinkautism we're all about supporting progress in the autism community.