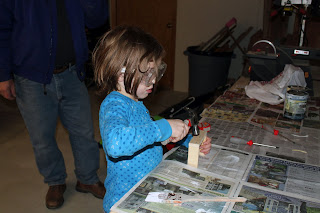 Well, we got into the Severe Behavior Program. Now we sit on the waiting list. The wait could be months and months or it could be a few weeks. We don't really know. I'm just thankful we got in. I was so worried that, as scary as it's been here lately, it wouldn't be bad enough to qualify us for the program, but that it was too bad to be helped by the regular psychologist. They've prescribed a 3 day a week treatment to start with for 1 1/2 hours a day. This means that we won't have to pull her out of school, at least not completely depending on the time slot we can get into. The doctor assured me that they have ways of recreating the behaviors we see at home in the clinic, but every once in awhile they have a kid 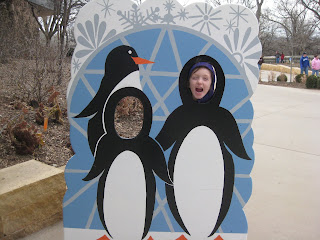 that plays "nice" and won't repeat what they normally do. He said in that case they wouldn't be like the mechanic who, when you take your car to them when it's making that funny noise and it doesn't make the noise for them, tells you there is nothing they can do if it doesn't make the noise when they drive it. He said that if she won't display her behaviors in the clinic then they will put cameras up in our home and tape the behaviors. He said in no uncertain circumstances would they discharge us from the program until her behaviors are actually better. That just made me feel so good. I feel like so many professionals have either not believed what we have said, have given up on us, or just passed the buck and said "here, this person can help you better". I'm really hoping this is it. 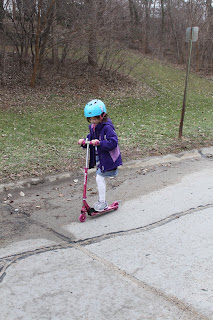 In other news, the door alarm has arrived and is installed. For now, it is working. We are pretty sure we have known every time she has opened her door and so far she has not tried to sneak out and do something scary. The job card system doesn't seem to be working, but since we have no better solution until we get into the behavior program we'll keep at it.

Ok, so it's been a few days since I started this post and we just got back from a workshop hosted at Hannah's school by a business that runs a behavior day program for kids with problem behaviors. We wanted to go just to hear the information, but it als 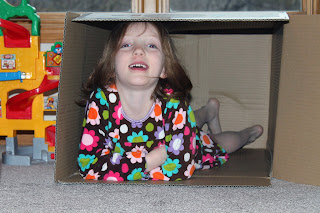 o counted as continuing education that we have to do to keep our foster care license. The high school child development class and their teachers provided free childcare while the workshop was going on. The ironic part was that as the workshop was going on and they were listing off all sorts of problem behaviors Kyle and I would turn and look at each other and say "check!" Hannah had them all! Then, when I went to pick up the kiddos from the childcare room, both the high school students and their teachers were raving about how wonderful both of the kiddos' behavior was! Really? It'd been a tough day for both of 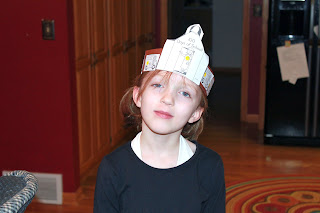 them. Too bad that behavior couldn't last. Hannah made it home, but then fell completely apart. She'd had a rough day before at school too. It can be so frustrating that it's the comfortable situations that allow the acting out instead of the uncomfortable ones. Sigh. . . .
Posted by Mama at 10:29 PM