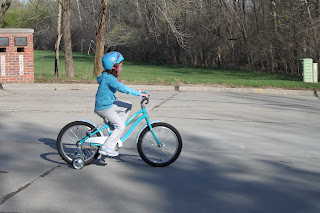 Riding a bike has been a struggle for Hannah from the very beginning. As a toddler she couldn't figure out how to keep her feet on the pedals of a push bike and then it took her almost 2 years longer than her peers to learn how to pedal a trike (long after she was far too big for one) and keep her feet on the pedals and steer at the same time. Once we moved onto regular bikes with training wheels she was already pretty much too big for most of the bikes that are sold with training wheels. We got the biggest one we could, but her confidence was shakey at best. Last summer everything came to a head and bike riding became torture rather than fun. She was too big for her bike, too heavy for the training wheels, and too scared to ride with even the tiniest bit of wiggle. So, we bit the bullet and took 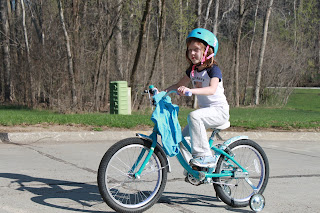 her to an actual bike shop. They fitted her for a correctly sized bike (way bigger than the one she had) and installed heavy duty training wheels on it. Hannah is now flying around the neighborhood on her bike. She's throwing fits when I ask her to get off or tell her I can't take her out to ride right this second. I never thought I'd see the day when my little girl actually WANTED to ride a bike, but it's happened and I couldn't be more proud of her!

In other news, more big changes are up for the Spontak house. We've got 3 new foster care placements coming to stay with us sometime this 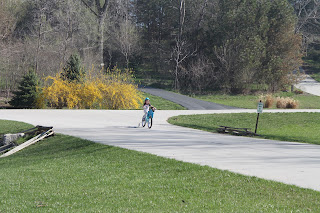 week or the beginning of next. Two of the girls are very close to Hannah's age so this should be interesting. She's not really had to share any treasured possessions (other than mom and dad!) with the Hurricane since he's too little to play with most of her stuff, but all that's about to change. They'll even be sharing clothes since the older two wear the exact same size as she does. I'll keep everyone posted on how the acclimation process goes for the entire household. It's hard for me to believe that in the time span of 2 months I will have gone from a mama of 1 to a mama of 5! Crazy! At least that's as full as our house can get for awhile since our van can't haul any more than that! However, I'll let you in on a little secret that even Kyle doesn't know yet, I've already looked into what 8 passenger vehicles are out there! Insane I know, but the 3 that are coming have a 4th sibling that we don't have room to transport and that just breaks my heart. BUT, f 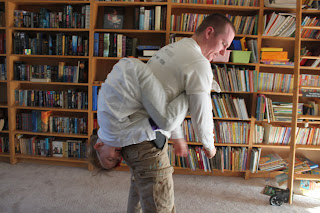 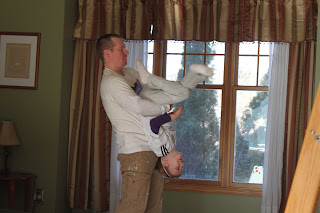 Photo Notes: Notice the color coordination of the bike and helmet. I don't think that was on purpose, we've had the helmet for a long time, but I can't be entirely certain! Notice how far way she is from anyone that could possibly save her if she started to fall in that last bike picture! That's a BIG deal for her! The last two pictures I just couldn't resist adding on. They're from a daddy/daughter wresting session one weekend.
Posted by Mama at 10:03 PM

Keep it up girl! Just be careful.

Look up "Lose the Training Wheels" on line. That is how Daniel learned to ride a two wheel bike. Basically in a week of camp. They travel all over the country and I drove an hour and a half each way every day for a week. It was hard but one of the best things I've ever done! They may come to a place near you!