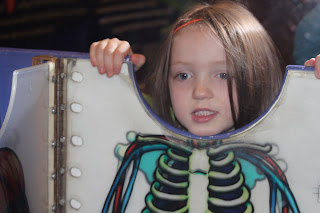 Today was a pleasant day with Hannah. I NEEDED that after the rough month we've had. We've had lots of acting out, sneaking around and taking things, stealing sweets, soiling carpets, and nasty words the past several weeks. BUT today 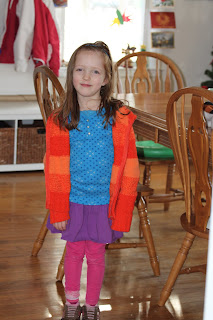 was a breath of fresh air. We played, went out to eat, she played appropriately (not bossy at all) with some other girls at the play place, and she even took a nap. That today was so normal, but yet so nice highlighted the fact that things have been so tough lately. We are still on the waiting list for a behavioral therapist and I'm hoping we come up soon. I don't think the 123 Magic has been effective at all. She doesn't seem to care about the time outs at all. Sure she hates to take one, but they have no effect on her behavior and they do nothing to stop the cycle of poor choices she's making even in the moment. I feel like it's going to take somethi 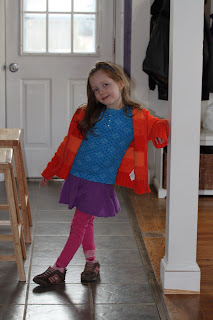 ng else, something really tailored to her to make a difference. I just hope we can find a therapist that's willing to put in the time and effort to really get to know Hannah, us, and our specific situation to help us get this figured out.
To update everyone on our dog Abby, we had to have her put to sleep last week. :( She had begun to suffer and we just couldn't let her hang on like that. She just couldn't breathe at all anymore. It was one of the hardest things I've ever had to do making that decision. We were all going to be there with her to say good-bye, but Hannah was being very naughty and didn't seem to care at all so Kyle had to take her back out to the car and I had to stay with Abby by myself. When we were trying to explain to her that Abby would not be 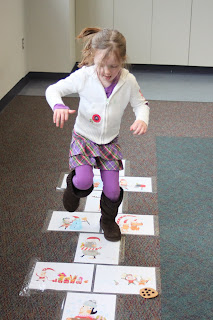 coming home and that she would never see her again she said something that completely floored me. She said, "I don't care if Abby dies. I'll still have another dog and I like Sally better." At first I wanted to believe that this was just her way of coping and that it would all hit her later, that she really wasn't being heartless, but that wasn't the case. Hannah truly hasn't cared about Abby passing away at all. I'm just not sure that she gets death at all. In fact she's actually told us that if either Kyle or I died that she wouldn't be sad at all because she would still have another parent left! Talk about a stake through the heart!
Besides losing Abby we also took another step towards growing our family last week. We turned in our foster care licence application and went to our orientation. We'll start our training classes at 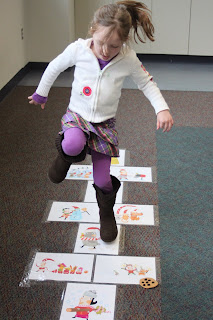 the end of the month. The classes run for 9 weeks and if all goes well our home study will also be conducted during that time period so that by the time we finish the classes we should be ready to take children into our home immediately. So, by the middle of April we could possibly have a new (most likely temporary) member of our family living with us! We are so excited and can't wait to get started making a difference for some little ones. Our ultimate goal is to adopt at some point either a child that is waiting or one of our foster placements that becomes unable to be reunited with their birthfamily. Right now we are open to foster placements of any child 6 and under or an adoptive placement of a girl of any age that is a good match for our family. Hannah is just beginning to understand what foster care means and how that is different from adoption. One thing that has come out of our conversations about foster care is her needing frequent assurances that we will always be able to care for her so that she will never have to go live with another family. The fear that I hear in her voice when she asks for this assurance just breaks my heart because if she feels that scared just thinking about it, how much more fear there must be for the kids who are actually entering foster care and being shuffled around? 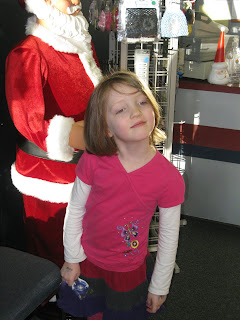 short hair for a long time, but I just wasn't willing to part with her beautiful locks. Eventually though I just couldn't take the hair brushing meltdowns that were occuring at least twice every day so I broke down and let her get it cut. I must admit it's a really cute cut and she loves it, but she looks so different to me. I keep wishing she still had her long hair. Lots of people have told me that she looks older with her new cut, but I actually think she looks much younger. I think her cut made her change from looking like a beautiful young woman to a cute little girl. So without further ado, here's the big reveal! What do you think? Do you think she looks older or younger with the short hair?

Photo Notes: The first picture is at our local Children's Museum. The second two pictures highlight Hannah's new fashion sense. She's taken to making her own outfits and seems convinced that she hasn't done her job properly if any of the individual elements are of the same color! The next two pictures are hopscotch during the library holiday party-scene of the most recent manifestation of "the library curse!" Check out the 3 links here if you don't know what I mean!
Posted by Mama at 8:23 PM

I've just started poking around on your blog. I saw in a few places that 123 Magic just isn't "cutting it". Have you looked into Love & Logic? I've used both...and Love & Logic has been a much more successful way of looking at discipline for us.

Lynn, I haven't looked into Love and Logic yet, but I'll have to give it a look. It feels like we've tried just about everything so why not one more. Surely there's something out there that will be the key for my little one. The biggest problem is that she's just not motivated by anything. Even things she really LOVES don't serve as big enough motivators to change behavior even when the reward/consequence is absolutely immediate. UGH! Thanks for the recommendation. I'll check it out.
Natalie

I've got a 13 year old (bio) neurotypical kid that is absolutely impossible to motivate. I can relate. For me, Love & Logic helped me respond better when my kids misbehave. I've had to work very hard at not getting angry. Not over explaining. And just following through.

Their website is pretty detailed if you go through the white sheets. I also signed up for their weekly email and I "liked" them on Facebook. Of course, they've got tons of books, videos and CDs to buy if you want. They even have some books designed for special needs kids. And, as my mother (an early childhood/special ed teacher) reminds me regularly -- extremely gifted is as far off the norm as someone we typically think of as special needs.

Good luck with finding something to motivate Hannah. I taught special needs children and they were not motivated by anything unless the reward or consequence was immediate. The children were on a level system and they earned points based on their behavior. If they earned a certain amount of points they were rewarded with a prize. If they fell short then they were not rewarded. It motivated my students, but I had to spread out how often they were rewarded because I had to buy the prizes myself.
Good luck with fostering as well. It is a noble and rewarding venture that you are taking on.

you little girl is beautiful.