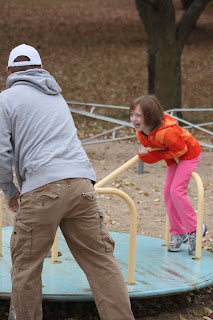 It's been a rough week around here. It started on Monday when Hannah's cough had reached the point that I felt like I had to take her to the doctor. We went in and found out that she had bronchitis and a double ear infection. The ear that still had the tube wasn't draining like the tubes are supposed to help it do and the doctor said the tube was crusty looking and gross. So, we went home with a script for 2 weeks of amox-clav and orders to keep her quiet. Ha! Fat chance! Hannah is one of those odd kids who, instead of becoming lethargic and restless when they are sick, goes into hyper-drive. She becomes even more active than she normally is and it's next to impossible to keep her still. Even the promise of PBS kids or a movie isn't enough to keep her still for long.

Later in the day we had to go to Omaha to pick up her new orthotics and have them fitted. Luckily, they were able to get them into her current shoes so we didn't have to buy new sneakers. I was worried about this since 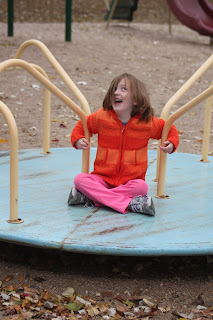 I had just bought her new shoes only a few weeks before we had the appointment where the doctor ordered the orthotics. I really didn't want to shell out money for new shoes this close to the holidays. Upon arriving home Hannah had a spectacular meltdown when I suggested she wash her hands. In fact, she raged. I was barely able to get her upstairs to her bedroom to chill out and once there it was basically impossible to keep her in her room. She kicked her physical and verbal aggression up several notches from normal and for the first time I was almost frightened of her. It took over an hour to get her calmed back down. To find the silver lining in this incident, I was able to video a good portion of the ordeal to take with us to the psychologist the next day.

Tuesday she was cleared to go back to school, but we had to pick her up early for our first appointment with the new psychologist. Ar 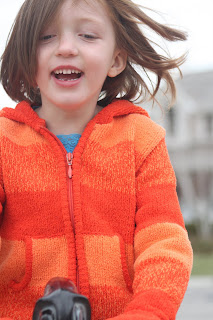 med with my video from the night before, her previous psych report, teacher emails, IEP, disciplinary referrals, report card, etc we marched into our meeting. After studying our paperwork, speaking with us, and watching the video the psychologist came back into the room and told us that we needed to be referred to the Autism Center's Severe Behavior unit for their outpatient partial hospitalization program. We were floored. I knew things had gotten bad, but I had no idea we were now that far from normal 5 year old behavior. She also said that her initial impression of Hannah is Asperger's Syndrome. So, yeah, we are back to that again. I'd been thinking I needed to rename the blog since the last psych took away that diagnosis, but it looks like it may be coming back. The doctor also said that she WOULD continue to see us (and Hannah) if we wanted, that she wasn't just handing us off because she didn't want to work with us, but that she thought progress with her would be much slower and that Hannah needed more intensive help than she was able to give her. We were sent home with a phone number to call and a packet of forms to fill out.

Wednesday was rough, but manageable. Thursday started off ok, but there were issues right before we left for school when 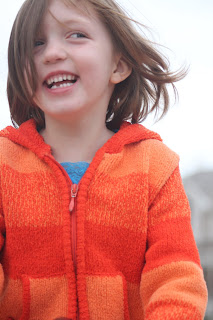 Hannah tried to smuggle books to school by shoving them down her pants. A battle ensued to attempt the removal of the books and the drive to school was not happy. Swim lessons on Thursday were awesome and Hannah made a lot of progress, but then after the lesson in the locker room all heck broke loose. Hannah got angry for some unknown to me reason and started shouting mean and disrespectful things at me. If I tried to touch her she'd hit me or swat my hand away. It was SO LOUD and it echoed all throughout the locker room. Every eye was on me and I was terribly embarrassed. I know I shouldn't care what others think of me and my parenting, but seeing all those eyes on me judging it was hard to fight back the tears that wanted to come as I struggled to contain Hannah, get her dressed and just get the heck out of Dodge.

Friday morning (today) started off rocky from the very beginning and only got worse as the day wore on. Hannah didn't want to get ready for school and was insisting she had already brushed her teeth when she had clearly not done so (sink and toothbrush were both bone dry!). Instead of fight with her over it, I simply told her that I would just go over them to be sure she had done a good job. She wasn't going to have that at all and got extremely aggressive. In the end she did a number to both me and the bathroom, ripping the drawer out of it's cabinet and the door stopper off the wall and head butting me so hard that tears came to my 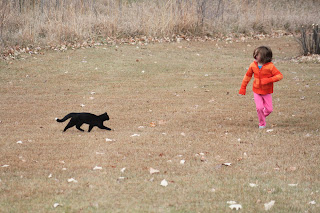 eyes. I eventually got her calmed and ready for school. I thought it was all in the past. She seemed ready to go, but just after lunchtime I received an email from the teacher saying that Hannah had spit in another student's face at lunchtime. She was sent to the principal for another "detention" during recess. She apologized to her friend, but I fear damage may have been done to that friendship because Hannah said that the little girl told her that Hannah wasn't her friend anymore and that she wouldn't talk to her or play with her for the rest of the day. I can't say that I blame the girl, especially since she had done nothing to provoke the spitting. The thing is, Hannah REALLY likes this little girl. She talks about her ALL the time. She's calm and reliable and a good influence, the perfect friend for Hannah. I have NO IDEA why she would have done something like this to her friend and apparently neither does Hannah.

As the week has wore on I find myself wondering more and more if maybe the psychologist was right, maybe this program she speaks about really is the right place for us. Maybe, just maybe, this could be where we can finally get some help. The only drawback, it's an 8 week program and Hannah would have to be pulled from school for that time. I don't know how I feel about that. Obviously she won't fall behind academically, but I worry about the disruption to the school routine and the loss of relationships that she has started to build with her classmates. It's going to take lots of prayer to decide what to do about this.

Photo Notes: Pictures were taken in November at a park near our house. The cat in the last picture acted like a dog and followed us around EVERYWHERE we went. It even came when called. It was SO FRIENDLY. Hannah was convinced it didn't have a home and that we needed to take it home. To tell you the truth, I wouldn't have minded having it, but a cat that friendly had to have owners so we went knocking on doors in the neighborhood near the park to see if anyone knew who the cat belonged to. We eventually found the owner, but they were totally unconcerned that their cat was across the busy road wandering in the park. That made me sad. He was such a sweet cat too.
Posted by Mama at 4:45 PM

Joining you in prayer as you face this decision... This is tough stuff you're dealing with. Just know that you aren't alone. We're praying for you.

Thank you. We need all the prayer we can get. This will be a huge decision and so much for our little one hangs on us making the right one.
Natalie