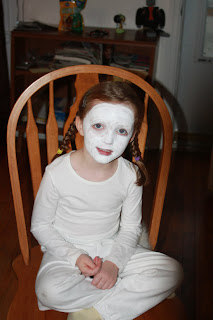 So today I got my telephone bill for last month and on it was a charge from the hospital where I stayed two nights in October. The charge was apparently for the fact that I HAD a TV and a telephone in my room. Not for the fact that I used them, but for the fact that they were there. When I called to inquire about the charge I was informed that if I didn't want these services then I needed to opt out of them when I was admitted. Seriously? I was supposed to know this? This is the 3 rd hospital that I've been admitted to over the course of my lifetime (not counting when I was born) and Hannah's been admitted to two different hospitals from that and this is the first time we've ever been charged for TV or local telephone access. How was I supposed to know I needed to opt out? And really, what kind of cold hearted business makes people confined to a bed (or who's children are confined to a hospital bed) pay for TV? That's just mean. What else is a kid supposed to do when they aren't allowed to get up and move around? A parent can only handle reading them so many books. I can only imagine if we had been charged for TV and phone service when Hannah was in the hospital for 2 weeks as 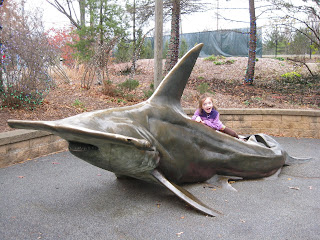 in infant. Our cell phones didn't get coverage in her room and even if they did we weren't supposed to have them on because they supposedly affected some medical machinery, but yet we had hundreds of people wanting to know how Hannah was and if they could come visit. Then there was us, brand new parents, sick with worry for our only child, stuck inside the hospital for 2 weeks. In fact, we weren't just stuck inside the hospital, but stuck inside her room because Hannah was in isolation and wasn't allowed out of the room and anyone who entered had to gown up before coming in. It was just too big of a pain to leave the room. So, what did we do? We watched TV. Of course we read books and talked to each other and the nurses and our occasional visitor, but mostly we watched a lot of cable TV. What would our bill have been for that privilege if we had been in Kent County Hospital instead of 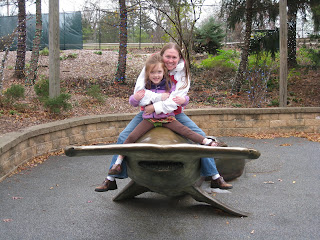 the hospital we were at? I'll tell you. It would have been $300 just for the privilege of having the TV in our room. If you can't tell, I'm a little fired up by this bill. In the hospital they charge you for every little thing and for some things I can deal with it. For example, I wasn't allowed to take my own doctor prescribed prescription medication which I brought with me and had already paid for. Instead I had to take the same medication given to me by the hospital pharmacy and administered by a nurse and pay for it again and pay for the nurse to give it to me (or tell me I'd already had it and I couldn't have it that day when I HAD NOT already taken it and by golly she wasn't going to stop me from taking it!, but that's another story). That I can deal with. But paying for TV in my room. That is just too much. If they don't want to foot the bill for having TV at their hospital then don't put TVs in the rooms, but don't make people choose whether or not to have it in their rooms or make them pay for it when they didn't even know it was something they had to pay for. GRRR. . . . .

To update everyone on Hannah's stay in Indiana, she's still having a blast and apparently she managed to sweet talk Mamaw and Papaw out of not just one, but two pillow pets. She received both of the ones she's been coveting-the purple 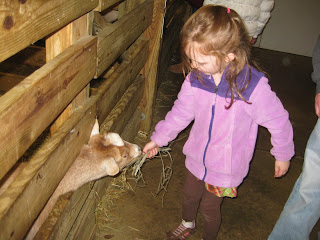 unicorn and the dog. Now I don't see what all the fuss about Pillow Pets is. They are cute enough, but not really any cuter than any other stuffed animal. Still, they are all the rage within the preschool and early elementary school set and Hannah is no exception. She's been asking for these pillow pets pathetically ever since they first appeared on the scene this summer. I absolutely refused to pay $20 for a poor quality stuffed animal with a Velcro strap around it's belly, but not Mamaw apparently. Apparently Mamaw already had purchased the unicorn and then later in the visit took Hannah to Walmart and allowed her to buy the dog. So much for my firm stand against Pillow Pets. It must be something to do with grandmas though because I happen to know that in a neatly wrapped box sitting in our basement are those exact same two Pillow Pets from Mindy (Pap's girlfriend of many years and Hannah's pseudo Nana). It looks like we'll have 4 pillow pets in the house soon! I wonder if she'll want the duplicates or if she'll want to trade in the extras for yet two different animals?
Posted by Mama at 4:54 PM

I've never heard of something so ridiculous before. Honestly. ???????????????????? They make you pay for a tv and phone you dont use? Even hotels don't do that, and they nickel and dime us to death enuf. That is just incomprehensible. Surely that can't even be legal (?) And making you refill your own medication in the hospital pharmacy - I have never heard of that before. Paying the nurse seperately? I admit I've never personally dealt with hospital bills (I was in the hospital only as a kid) but those things sound WAY out of line to me. Sorry you have to deal with it. I would definitely take it up with someone in admin or the payment dept of the hospital. Or...maybe consumerist would help.... www.consumerist.com
it's certainly a ludicrous enough story to probably make the front page, that I am pretty sure of. And if there's one thing hospitals or any large businesses don't like, it's negative publicity.

And what *is* it with these pillow pets? My older girl has been asking for one, and I'd never heard of them before -- and have not been at all inclined to get her one. I wonder if some relative or other will spring one on us for Christmas as well.