Adoption Through the Eyes of a 4 Year Old 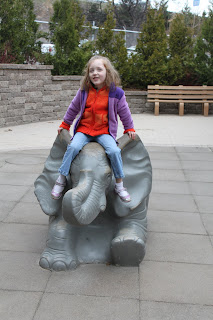 So adoption is nothing new to Hannah. Because we have an open adoption with Hannah's birthfamily she's always known she's adopted and has been able to give age appropriate explanations for what that means. We've discussed the ins and outs of adoption with her since the day we brought her home from the hospital. Lately, there have been many examples we have come across in books, tv, and movies that portray adoption. Some of them have been positive portrayals and some not. Some of them have been fairly accurate and others, well, let's just say they seriously missed the mark. Anyway, each time I've spoken with Hannah about what was real and what was not about each depiction and she seemed to get it. We compared the fictitious situation to her adoption and founded the similar aspects and the ones that weren't the same. I thought she had a good handle on things. Imagine my surprise when she opened up with some real adoption zingers that flew so far off base from reality that you would think they were coming straight from a 1940's handbook on how to be a happily adjusted adoptive family or how to place a child for adoption! I was horrified!!!!! Here's just one example. Hannah wanted to play house. She was the mother and I was the kid and several of her baby dolls and stuffed animals were to be recruited to be kids too. She turns to me and says,"Sweetie, you're going to be getting a new baby sister. We're going to adopt her because I can't grow a baby in my tummy." So far so good right? Then she follows up with. "I have to go to the store and buy her. I'll be right back." OH MY LORD! Never once have we ever discussed the fact that adoptions cost money at all. Where did she come up with equating it to buying a baby!?!? I immediately worked to put out that fire and explain how we NEVER buy humans. How when humans used to be bought that was called slavery and slavery is wrong. When you adopt a child they become part of your family and they are not slaves. I'm not sure she was buying into the thought that the baby was not available at the store. Then later in the play session she brought out ANOTHER whopper. She said, "Sweetie, the lady next door really wants a baby and since we have two babies now (we had since adopted a baby brother for me!) we are going to give her your sister to be her new baby. She's going to adopt her." I about died! A discussion began immediately about the reasons people place babies and children for adoption and that the reason is NEVER simply because someone else wants to be a parent. Babies are not traded as property simply because someone else likes them. We talked about the reasons that Tiffany and Mike placed Hannah for adoption and that they would have NEVER 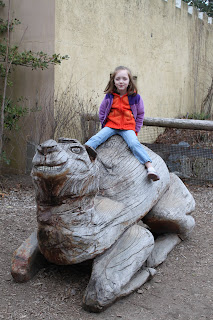 placed her for adoption simply because Daddy and I wanted her. They placed her because they could not care for her. Tiffany and Mike chose us because they knew we would love her and care for her, not because we wanted a baby. Hannah put up a fight about this explanation and still insisted that it was only right to share the baby with the lady next door since we had 3 kids and they didn't have any. UGH! I never managed to get through to her on that one and she got angry with me and we had to abandon the conversation for another day. That particular conversation brought back memories of a conversation we had just after Abby died. Hannah had informed us that if either Kyle or I died she wouldn't be sad because she would still have another parent left! Adoption has really been on her mind lately all around because she's asked me to tell her the story of her birth and adoption practically every day for the last 2 weeks! Never before has she expressed such interest in it. I suppose this is just another step in her journey to processing what it means to be adopted and how that makes her who she is, a unique combination of her birthfamily and adoptive family. I'm sure in the days, months, and years to come we will continue to revisit these topics again and again. Please pray that I am able to calmly and successfully guide her through the process!
Posted by Mama at 3:54 PM

oh wow! seems to me like you are doing a great job giving her age-appropriate explanations... not an easy job, i'm sure!

i was in college when my parents adopted my younger brother at age 2. for years they wrestled with "telling him everything." unfortunately, they waited too long and he found out from older boys who had known our family for years.

my daughter Hope is also 4. she comes up with some crazy statements about our family sometimes and i wonder what in the world is she thinking! it must be a typical(!) four-year-old-thing. =)