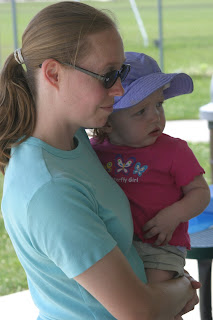 Hannah had her one year check up and shots today and her appointment went well. Of course she screamed like crazy about her vaccinations, but that was pretty much a given. The doctor said we have one healthy little girl who definitely has a lot of "tude" as he calls it. I thought that was a nice way of saying she's stubborn. Last time he called her feisty, this time she's got "tude!" As far as all of her growth percentiles, her head circumference is still off the chart. She's past the 99th percentile in that. I'm afraid she is doomed to be that big head kid forever it seems! Her height is in the 98th percentile and her weight is in the 80th. She was 31 1/2 inches long and 23.4 lbs. When they plot her height-to-weight percentile and don't take into account her age Hannah's in the 50th percentile as far as how much she weighs for how tall she is. So, that makes me feel good that she is right where she ought to be for her size. 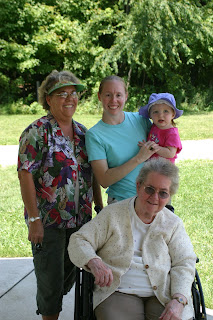 Hannah continues to pick up words left and right. One of her new words is dog bone. At first I thought she was just repeating after me the other day, but lately she's been crawling over to the dog crates on her own and grabbing the dog bone and saying, "bone!" and then trying to eat it! So, I think she's got it down pat. She's starting to say the names of some of her body parts now as well as pointing to them although she doesn't always say them. So far I've heard her say head, nose, and mouth. She also says eyes, but she's said that for a really long time and I'm not sure she really means eyes. 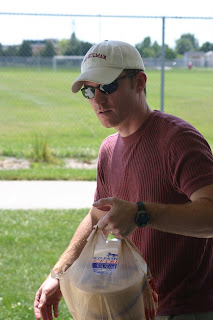 She's getting much steadier about standing up on her own, but she still has not attempted any solo steps. However, she is using cruising now as a mode of transportation almost as much as crawling so maybe she's 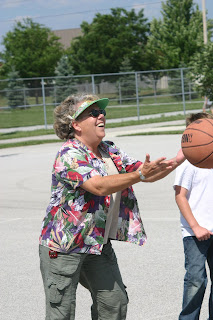 starting to decide that walking would be faster and allow her to do more.

Naps and bedtime continue to be a struggle. We have now lost all semblance of a schedule as far as naps go and we are quickly losing our schedule for meals as well :( She used to be such a schedule oriented baby and now it's all gone. She's so restless during the day too. I really don't know what to do with her anymore. She seems so bored with all of our games and her toys. She's completely explored our entire house, the back yard, front yard, and the playground. I feel like I'm not providing her enough stimulation, or at least not the right kind, but I'm not sure what the right kind is 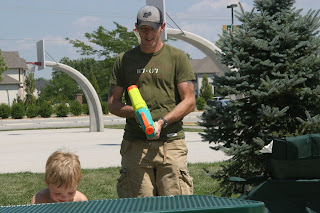 anymore. Any other stuff I can think of is too advanced for her, but the normal baby stuff that she used to love doesn't seem to interest her anymore. I long for some sort of schedule again like we used to have-bottle, free play, help mommy work, books, nap, bottle, outdoor exploration and walk, more books, free play, music, bottle, nap, Kyle's home. 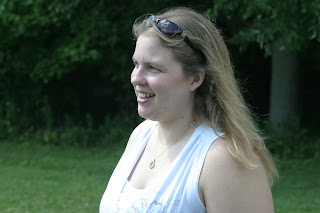 Those were the good old days.

Here are some videos of Hannah. The first 2 are of her swinging at the park and the 3rd is of the tantrum that we get every time it's time to get off the swings! 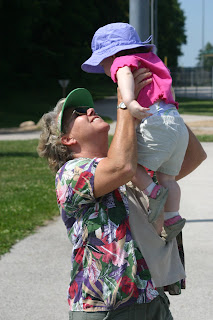 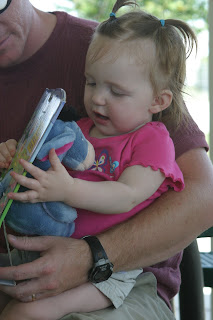 Here's the tantrum. A great display of that "Tude" Doc H. was talking about! 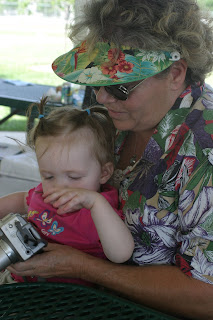 The tantrum video was the funiest thing I have seen in a long time!! It was great! I watched it over and over again!!! Great bday pictures :-P