One Week and Counting!

We finally heard from Tiffany last night! What a relief! I was getting nervous even though I had no reason to be. Tiffany just chuckled at how nervous I am. She says I sound just like every other new mother it's just that I have to direct my worries to a different source! 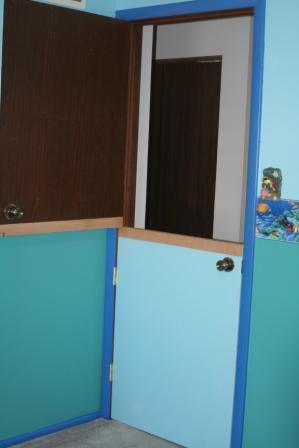 Apparently she decided to opt against having her membranes stripped. Her mom talked her out of it. She told her that it was very painful, which I confirmed through my research, and she also told her that the success rate wasn't high, which I had also confirmed. So, I can't say that I blamed her for not wanting to try it. Apparently her doctor did irritate her cervix quite a bit though b/c she said she had contractions all day and night on Monday and they were pretty consistent at about 15 minutes apart. However, they just quit at some point Monday night and haven't been regular since. She reported that she is now 1 cm dilated, but that's it. We've got to make it to 10 cm dilated before a natural birth can occur. She went ahead and scheduled a planned cesarean for Thursday July 6th! YEAH! Our baby will arrive one week from today, if not sooner! She doesn't know a time for the surgery yet, but said she should find that out on Monday at her next doctor's appointment if she hasn't delivered by then already. She also has one final stress test for the baby tomorrow. Prayers that it would go well and that the baby is still active and healthy would be appreciated.

I ended up talking to Tiffany for about an hour last night. She said she even bought us a onesie for the baby to wear the first night in the hospital :) She asked us what name we had settled on and we told her that we had decided on the name we had told her we were considering at our match meeting. She also managed to get the middle name out of us too. I think Kyle is cracking as we get closer to the due date. Someone might just be able to weasel some info out of him now that he's already let me tell Tiffany the full name!

Well, that's really all I have to report. We are very excited and can't believe that we finally have an actual date to look forward to! It won't be long now! YEAH!
Posted by Mama at 11:29 AM

I can't imagine how excited you must be right now. The suspense is killing me and I'm not even in the same state! We'll keep you, Tiffany, and your little girl in our prayers.

What an exciting time. I jump up everytime I get the update email. You, Tiffany, and that shy little girl are in my prayers. I hope she comes out soon so she can see how much love there is out here.