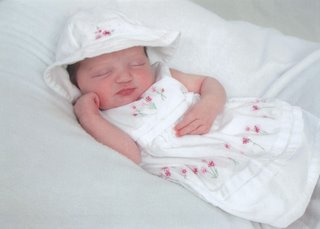 WOW! It's hard to believe that Hannah is already one month old. I can't believe I've been a mommy now for a month! At some point in the post I'm going to try to post the professional pictures we had taken of her when she was 5 days old then I'll also try to post the most recent pictures I have of her too.

Hannah had her follow up doctor's visit from the hospital on Friday and it went well. She weighed 10 lbs 8 oz. That's my big girl! :) We got the ok to start letting her sleep mostly through the night. Now she takes about 4 oz every 3 hours during the day and then has her last bottle at 9:00pm. She then goes to bed shortly thereafter and sleeps until 5:00 am when we wake her up to feed her. Then she goes back to bed and sleeps until 8:00 or 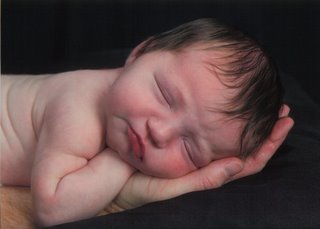 9:00am! We've heard that this is not too common for one month old babies, but we always have believed that Hannah was an over achiever! :)

I've now been on a few outings alone with Hannah and she seems to be doing well. She definitely does like her car seat with the Gracopedia memory foam! Yeah Adrianne and our connections at Graco! Yesterday Uncle Kevin and Emily came to visit her and we went out to eat with Hannah for the first time. She sat in her car seat and slept the whole time. She's such a good baby! On Saturday it was finally cool enough for Hannah and I to go out for a substantial walk during the day. We've got tot start training for the mini if we are going to be ready! We walked 1.9 miles. That's not really that much, but it 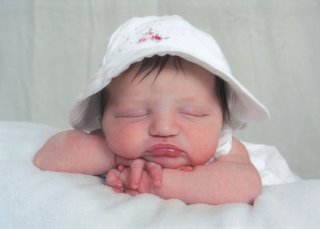 was starting to get hot again and I'm pretty out of shape. Plus, pushing that car seat, stroller, and diaper bag really adds some weight to the whole exercise which is good! When I actually go to walk the mini without the stroller I'll feel light as a feather!

Right now Hannah's newest tricks (besides sleeping through the night which we love!) are tracking an object consistently from left to right and back again several times, lifting her head and holding it steady for close to a minute when placed over your shoulder, and deciding that she just might like her bathtub. She's also started to let us sit her on our lap and do things while she is awake! Yesterday when Kevin came to visit either Kyle or I had her pretty much the entire time we were playing our game (close to two hours) sitting on our lap facing out looking at the world. She's also decided she thinks ceiling fans are totally cool. Now I didn't think she was supposed to be able to see that far, but apparently she can see something because she definitely fixates on ceiling fans wherever we happen to be. It's not just our fan. She liked the one at our friends' house too. 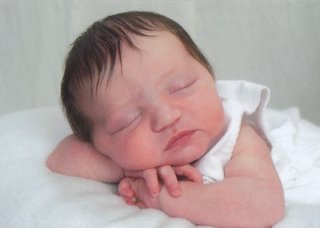 Well, that's really all I have to report on Hannah right now. I never did get around to posting the new pictures of her. I'll try to 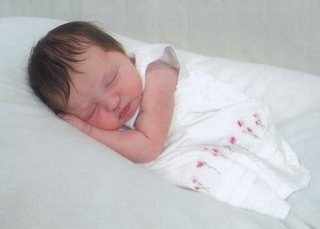 post those as just a picture post here later in the day if Hannah ever lets me get back to the computer. Right now she's just waking up and ready to eat.
Posted by Mama at 7:45 AM